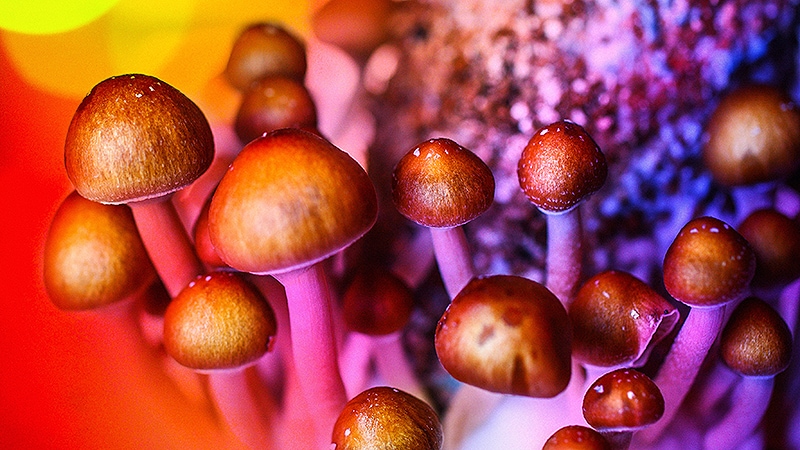 The psychedelic drug psilocybin performed just as well as a widely used antidepressant in easing the symptoms of major depression, and outperformed the selective serotonin reuptake inhibitor (SSRI) on a range of secondary measures, results of a small-scale phase 2 study show.

In a 6-week trial that included 59 patients with moderate-to-severe depression, there was no significant difference between the impact of high-dose psilocybin on the study’s primary yardstick — the 16-item Quick Inventory of Depressive Symptomatology–Self-Report (QIDS-SR-16) — and that of selective serotonin reuptake inhibitor (SSRI) escitalopram.

Patients in the psilocybin cohort did show a much more rapid improvement in the main measure than those taking escitalopram, but this gap narrowed over the span of the trial until it was no longer statistically significant.

“It’s very clear that psilocybin therapy has a faster antidepressant onset than escitalopram. And psilocybin was consistently superior on the ancillary outcomes, but it wasn’t different on the primary,” the study’s lead author Robin Carhart-Harris, PhD, head of the Centre for Psychedelic Research at Imperial College London, United Kingdom, told reporters attending a news briefing.

Results of the phase 2, double-blind, randomized study were published online April 15 in the New England Journal of Medicine.

Investigators found that psilocybin bested escitalopram in several secondary outcomes, including feelings of well-being, the ability to express emotion, and social functioning.

Still, the team cautioned that they could draw no conclusions from these secondary measures because they were not corrected for multiple comparisons. Larger and longer trials are required.

“But the secondaries were highly suggestive — tantalizingly suggestive — of the potential superiority of psilocybin therapy to treat not just depression, but these ancillary symptoms,” Carhart-Harris said.

After they were selected from 1000 screening calls, the 59 patients were randomly assigned to receive psilocybin and 29 patients to receive escitalopram. Every procedure was mirrored in both groups.

At the 2 “dosing days” scheduled during the 6-week trial, all patients received an oral dose of psilocybin in a clinical setting. However, the escitalopram group received 1 milligram, versus 25 milligrams for the psilocybin group.

“And the reason why we did that is because we can standardize expectation. We say to everyone, you will receive psilocybin. It’s just the dosage might differ,” Carhart-Harris said.

He conceded that most patients — though not all — were able to determine which group they were in following the first dosing day based on the drugs’ effects.

Following the oral dose, volunteers would spend 6 hours reclining on a bed, surrounded by pillows and a curated selection of music and supported by two “guides” or therapists. The guides were on-hand to support patients though their psychedelic experience but did not chat or otherwise interfere.

The next day, patients attended a session with their two therapists to talk through their experiences.

Between dosing days, patients in the high-dose psilocybin group would take daily capsules containing a placebo. The low-dose group received a course of escitalopram.

The incidence of adverse effects was similar in each group. None was serious.

“Very often, for the first time, people have actually come to understand why they’re depressed,” he told reporters.

The word psychedelic, coined in 1957 by psychiatrist Humphry Osmond, derives from the Greek words “psyche,” which means “soul” or “mind,” and “delos,” which means “reveal.”

Certainly, patients in the psilocybin group received enough of the compound to induce what Carhart-Harris called “very profound experiences.”

The researchers said that the results, while promising, should not encourage anyone to self-medicate with psychedelic substances, which are still illegal in most jurisdictions.

“I view this very much — and I think most colleagues do as well — as a combination treatment,” Carhart-Harris said. “And we strongly believe that the psychotherapy component is as important as the drug action.”

He said the study was inspired by his earlier research into the effects of psilocybin on brain function along with a small open-label trial of the compound’s effects on treatment-resistant depression published in Lancet Psychiatry in July 2016.

The team stressed that the cohort and the absence of an entirely placebo group limit conclusions that can be drawn about either treatment.

Carhart-Harris also said he would have liked a more diverse group of patients. Participants were mostly white and mostly male, with a mean age of 41, and a high educational attainment. Of the 59 enrolled, only 34% were women.

Volunteers underwent functional MRI scans at the start and end of the trial. The team will now analyze these results to gain insight into impact on brain function and will gather and assess follow-up data. They also plan a trial examining the effect of psilocybin on anorexia.

“I think it’s fair to say the results signal hope that we may be looking at a promising alternative treatment for depression,” Carhart-Harris said.

“It’s often said that we need novel treatments to treat depression because too many new drugs are what [are] sometimes called ‘me too’ drugs: they work in the same way as drugs that have preceded them. Psilocybin therapy seems to work fundamentally in a different way to SSRIs.”

In an accompanying editorial, Jeffrey A Lieberman, MD, Lawrence C. Kolb Professor and Chairman of the Department of Psychiatry at Columbia University College of Physicians and Surgeons in New York City, warned that there remain many unanswered questions about using psychedelics for medical purposes.

They were considered potential miracle cures for a range of mental disorders in the 1960s, only to be banned in 1970s’ America due to “the perceived dangers and corrosive effects” on society, he wrote.

“The Carhart-Harris study notwithstanding, we are still awaiting definitive proof of the therapeutic efficacy of psychedelics and their capacity to improve the human condition,” Lieberman writes.

“Should the mind-bending properties of the psychedelics prove to be the panacea their proponents professed, informed consent and safety standards must be established. How do we explain mystical, ineffable, and potentially transformative experiences to patients, particularly if they are in a vulnerable state of mind? What is their potential for addiction?”

“This is a small, exploratory study with numbers too small to analyse fully,” he said.

“The population is not recruited randomly from, for example, consecutive admissions or presentations, and screening of volunteers was by telephone, not face-to-face. One might say this is an ‘interested’ population, willing to go for novel approaches and with no placebo group, the extent of the placebo response cannot be assessed.”

How 22-Year-Old Deep Patel Built One of the Fastest Growing CBD...